Posted on April 12, 2014 by findmeahomespain 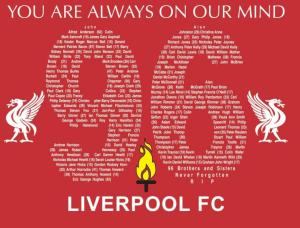 Until the age of seven my life was a bit of a blur; I don’t mean I can’t’ remember much, it really was blurry as I was diagnosed with myopia, severe short sightedness of minus 6. Looking through photo albums it’s weird to see myself without glasses until a couple of years into school. Luckily I was taught to read at home before I first started school and I remember holding books up close to my face, a habit I still have now.

Those old family albums also show another change as also aged 7 a mole grew on the tip of my nose. Later a specialist described it as a dogs paw mole. It never bothered me as it was fairly invisible from where I viewed it and kids at school affectionately called me Moley. I had a friend called Alex Mole in middle school so he was Moley too.

The NHS only offered the most horrible looking specs to children. After growing out of the Joe 90 plastic ones infants still get today, I opted for the round tortoise shell style, later made famous by Harry Potter. I am so glad I’d long left school when those books started doing the rounds in 1997.

I started Secondary school in 1978; the same year as Tucker Jenkins, Alan and Benny started at Grange Hill, I had a crush on Trisha Yates, played by Michelle Herbert. She’s now a receptionist for a double glazing company in Scotland. The characters had similar problems and adventures as most real life 12 year olds did when joining a large school full of hormone fuelled teenagers. Bullying was par for the course; suddenly being called Moley had an aggression to it when the older boys took the mickey out of my nose and jam jar lens glasses.

Then in 1982 Adrian Mole aged 13 & 3/4s appeared in print looking remarkably similar to me; this gave the witty bullies my new name Adrian Moley. Luckily I left school soon after and at college the ribbing stopped. Tucker et al also left Grange Hill, Todd Carty starred in Tuckers Luck which ran for three series until 1985. My school years coincided with the beginning of Thatcherism where the mantra was ‘greed is good.’ Luckily Adrian Mole and Tucker Jenkins through their creators Sue Townsend (May she rest in peace) and Phil Redmond showed kids the stark reality for those not fortunate enough to have ‘Loadsamoney’.

The 80s saw me in my teens to early 20s. Auf Weidersehen-Pet and Boys from the Black Stuff depicted the flipside of Thatcher’s so called economic miracle. Harry Enfield’s character Loadsamoney and the loathsome couple Stan and Pam with their catchphrase ‘we are considerably richer than yow!’ The miners’ strike and privatisations that promised riches to the masses were the backdrop to my adolescence.

Then 25 years ago this week tragedy struck at Hillsborough; On April 15th 1989, 96 Liverpool fans were crushed to death at a football ground that although previously deemed as unsafe was allowed to host the FA Cup Final against Nottingham Forest. Immediately the right wing media headed by The Scum prompted by a corrupt police hierarchy and Thatcher’s administration; disgustingly lied and blamed the fans for their own deaths. Liverpool FC staff (Steven Gerrard lost his cousin Jon Paul aged just 10) and thousands of others still mourn the loss of relatives, colleagues and friends that day. Finally a new inquest started 2 weeks ago; it makes painful reading as to just how families are still affected to this day. Hopefully now finally there will be Justice for the 96!